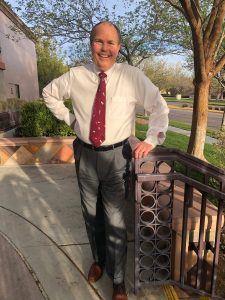 Dr. Davis grew up in Southern California where he enjoyed going to the beach, mountains, and Disneyland. He attended Brigham Young University on a Water Polo Scholarship where he met his wife, Linda. After spending two years serving a mission in France, he returned to California where he and Linda were married. He is the proud father of five children and 11 grandchildren.He enjoys spending time with his family, traveling and water skiing on Lake Mead. He loves to relax by running long distances and has completed 23 marathons, including the Boston Marathon three times.

He graduated from USC Dental School so he is a huge USC Football fan. His favorite movie is The Sound of Music and James Taylor is his favorite musician. Pizza is a big hit with him and sweets will always get his attention.

His motto has always been: “Keep Smiling!” 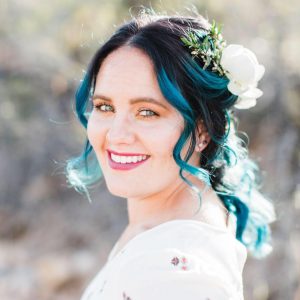 Jennifer is our Awesome Registered Dental Hygienist. She graduated from the College of Southern Nevada with an Associate in Business and followed with a Bachelor of Science Dental Hygiene. She graduated with high honors in both fields and is a devoted dental hygienist.

Her husband is her high school sweetheart and they introduced their beautiful baby boy, James to the world in January 2018. Jennifer is still on maternity leave taking care of her little one but will be at our office soon. They have a dog and a cat (Jax & Marble) that she will bring up as much as possible in conversation. She is also an absolute animal lover! She one day dreams of living on a farm and rescuing animals.

She enjoys visiting family in Montana and California, traveling, going to the movies, and eating out. She has been dancing since she was three years old and was a gymnastics and dance instructor of tap, jazz, and hip-hop for 11 years.

Also, be aware that she enjoys changing her hair color frequently; almost as much as she loves wearing tie dye clothing and drinking coffee. 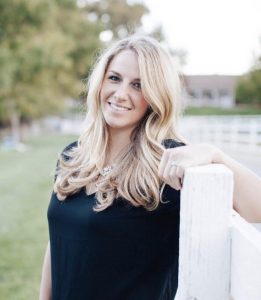 Katie is our Spectacular Registered Dental Hygienist. Katie moved to Las Vegas in 2004 and attended UNLV, initially studying to get a degree in Business Management, until she began working at a dental practice in 2007 and learned of her passion for dentistry. She then transferred and attended the College of Southern Nevada, graduating with a Bachelor of Science in Dental Hygiene.

Katie grew up in Glendale, California until following family to Las Vegas after high school graduation. She met her husband in 2010 when they were teammates in an adult kickball league. They were married in May 2016 and introduced their first baby, Addison “Addie” Rae into the world in February 2019.

Katie enjoys spending lots of time with family. She has 4 siblings and a total of 13 nieces and nephews between California, Las Vegas, and New York.

Katie and her husband are season ticket holders for the Vegas Golden Knights and attend several games each season! If she had to choose, her favorite player would be Ryan Reaves. In her spare time, Katie enjoys BBQ’ing with friends, enjoying new restaurants, wine tasting, traveling, reading, and now soaking up every little second of mom-life! 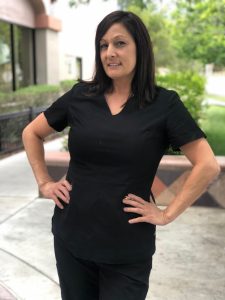 Vicki is our Stellar Dental Assistant. Vicki started in the dental field in 1993. She was born and raised in Orange County, California. From there, she moved to Kern River where she attended San Joaquin Valley College in Bakersfield, CA.

Vicki moved to the Las Vegas area in August 2017 and has yet to see all of the amazing things that this city offers. Vicki loves her summers and enjoying spending them relaxing and swimming at the pool. She always loves to try new restaurants with her family and is always open to suggestions. Vicki has 3 of the cutest puppies and they are her life! Don’t forget to show her a picture of your own little fur babies!

Send us an Email
Font Resize
Contrast
Call Us Text Us